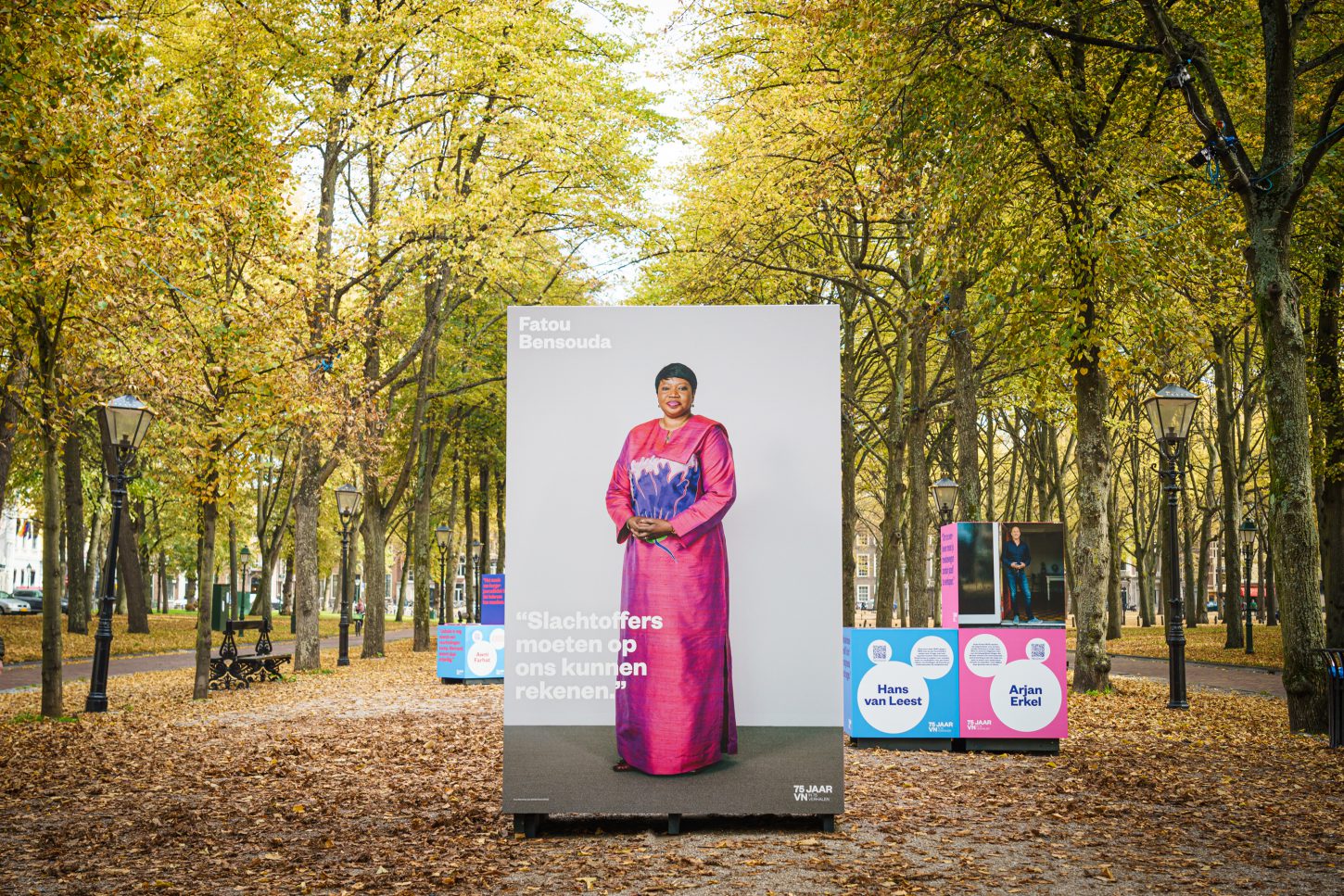 In 2020, the United Nations celebrated its 75th anniversary. To mark this anniversary, the outdoor exhibition “75 years of the UN in 75 stories” was on display on the Lange Voorhout in The Hague, focusing on 75 people and their stories about the UN. Theirimpressive personal testimonies – from eyewitnesses, aid workers, military personnel, politicians, journalists, activists from the Netherlands and far beyond – offer perspective on the ideals that underpin the organization’s founding: solidarity and humanity.

The human diversity was expressed in a striking 100-meter long colorful parade of stacked short and longer stories and images. The 75 testimonies were accompanied with impressive life-size portraits made by the young photographer Mafalda Rakoš. In this way, not the institutional, but the human importance of the UN was put central. 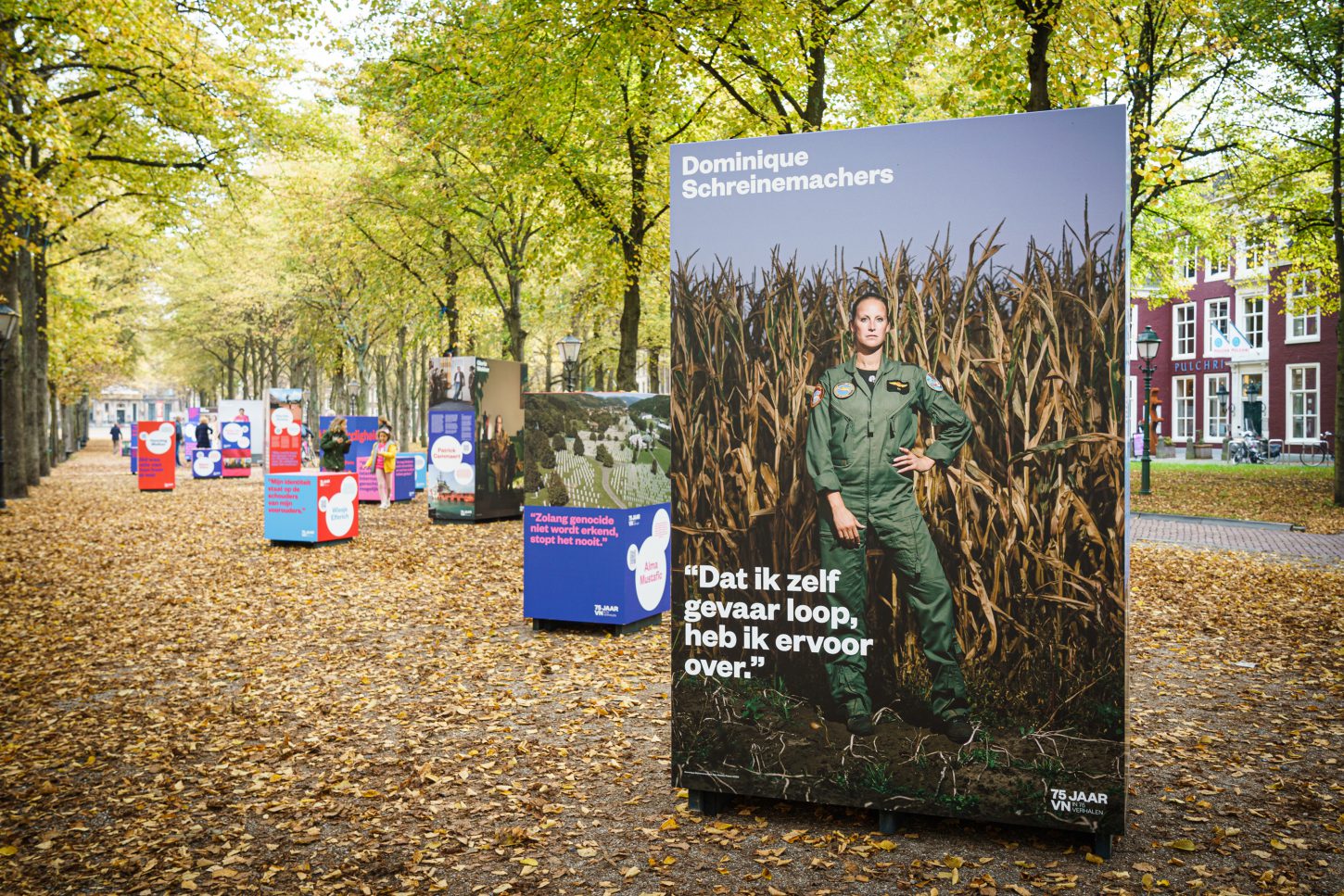 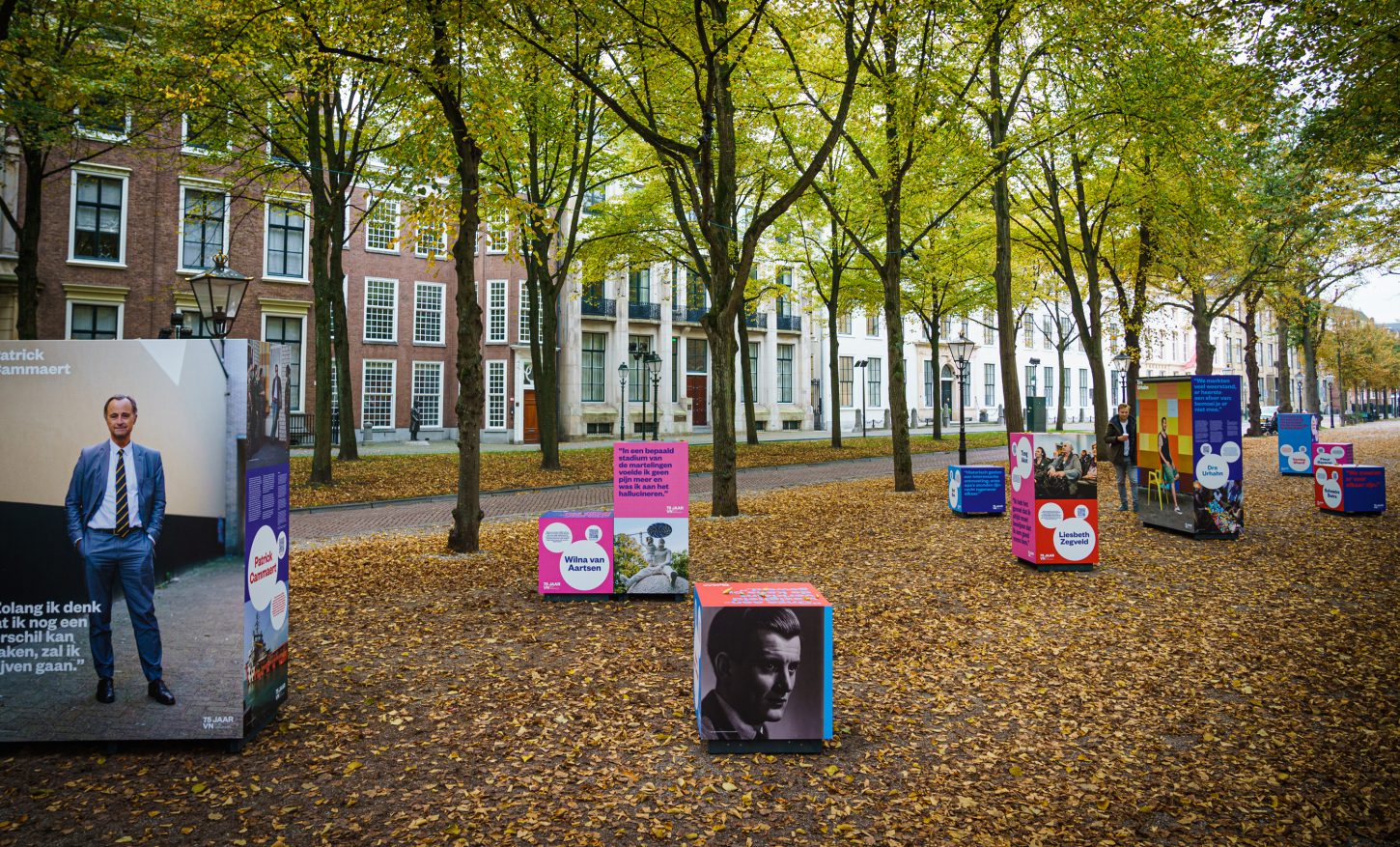 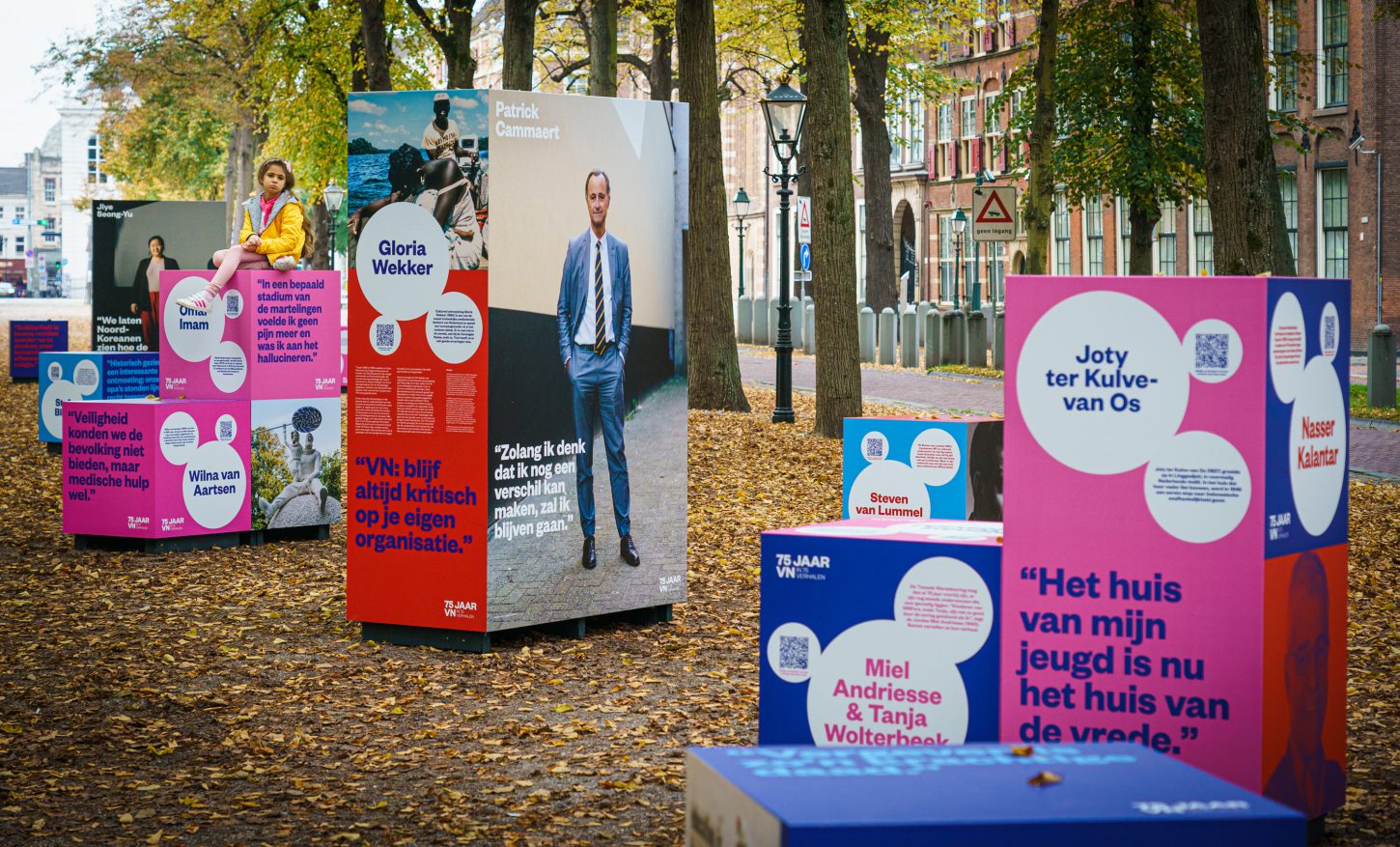 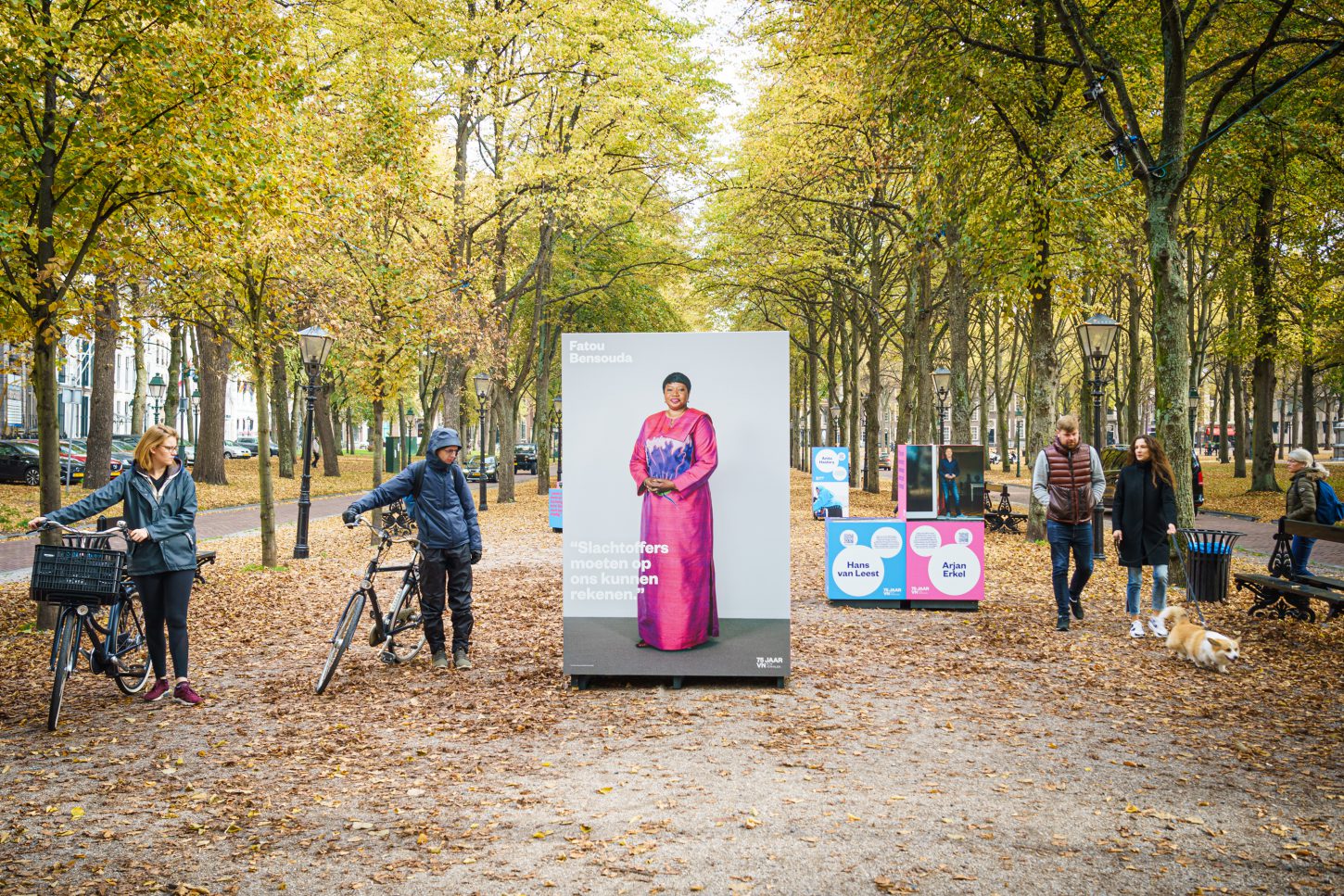 Pop-up, outdoor exhibition in the city center of The Hague